Computers are the key to interactive smart tablets to realize human-machine interaction. The form of computers refers to the way in which computers are integrated into devices. At the beginning of the market of smart tablets, there are mainly two types of plug-in and built-in.

The plug-in type is a computer on the outside of the back of the device. The computer is fixed to the outside by screws, and an external power supply cable, VGA cable, touch cable, audio cable, etc. are used to achieve the function of the integrated machine. The plug-in type uses a desktop motherboard, which has a low initial cost and provides users with a variety of configuration options.

Plug-in computers have unavoidable defects. The back of the device has a thicker computer. If an external smart tablet is installed on the podium, the space will be even narrower, causing inconvenience to teachers and students. The external computer also affects the appearance of the exterior. The initial installation process is complicated, and it is susceptible to accidental collision, moisture ingress, and service life.

The built-in type integrates the computer inside the device, which occupies a small space and is more suitable for classroom use. The computer is also not easy to be damaged accidentally because of the external environment.

There are also many problems with built-in computers. Put the computer in the whole machine, the heat dissipation is only through the fan, and it is easy to fall into the dust to accelerate the loss of the equipment. When the computer has problems, it is necessary to remove the entire back cover, which requires a lot of work and takes a long time.

Plug-in and built-in also face some common defects. First, both use desktop motherboards. The desktop board has poor heat dissipation and a fast replacement rate. The current desktop board model upgrade cycle is about one year. The existing mainstream desktop board will soon have compatibility issues with the new mainstream configuration; and the desktop board is in one machine Easy to loosen during movement. Secondly, both of them are not integrated, and multiple lines need to be connected outside the device to realize the function of the all-in-one machine. The switching machine needs to be controlled separately in two times, which wastes time and affects efficiency. Moreover, multiple external cables are easily damaged by accident and affect user activities. Finally, both standby power consumption is higher. Generally, the power consumption of the desktop computer alone exceeds 3.5W, and the power consumption of the device is difficult to meet the national energy-saving requirements.

Many inconveniences affect the user's experience. How to make the interactive smart tablet truly create an excellent experience for users has become the focus of the industry. In this case, the computer form of the new technology is almost ready.

In June 2011, the plug-in modular computer of the Shiwo brand was officially shipped. This is exactly the new technology that the industry has introduced to overcome the drawbacks of plug-in and built-in, and it is currently the most leading solution. This form has been recognized by more and more manufacturers, and has gradually made pluggable modular computers mainstream.

Pluggable modular computers have many advantages over plug-in and built-in computers.

First, the thickness of the pluggable modular computer is only two or three centimeters, without any tools, users can complete the computer assembly by themselves, which is convenient for maintenance and upgrade. Secondly, the integrated function can be realized without external wiring. The equipment is generous and sweeps away the clutter before. Third, the use of copper tube heat dissipation, good ventilation and heat dissipation; notebook memory, high stability. Fourth, you can turn on and off the computer and TV at the same time with one click, increasing speed and shortening user waiting time. Fifth, using a notebook motherboard, the upgrade cycle is long, the configuration can maintain a long-term lead, and it is not easy to loosen. And the low power consumption of the notebook motherboard allows the device to meet national energy-saving standards.

In addition, a few well-known brands have made more detailed improvements on the basis of pluggable modular computers. For example, the pluggable computer module of Shiwo uses HDMI digital transmission signals to achieve true 1080P high-definition display compared to the past plug-in and built-in computers; the basic operation of the built-in computer can be controlled externally through the remote control, which is convenient for users Control and manage the display content; through the touch menu, you can adjust the parameters such as channel, volume, brightness, contrast, channel, sound mode, image mode and zoom ratio; without an external RS232 line, you can achieve a built-in computer serial port to control the TV; internal and external computer touch Achieve seamless switching.

The computer form of the interactive smart tablet is not only related to the overall beauty, but also closely related to the device performance and user experience. The plug-in modular computer was born, which not only makes the interactive smart tablet more beautiful, but also represents a significant improvement in technology. I believe that manufacturers who focus on technology research and development in the future will bring more surprises to users. 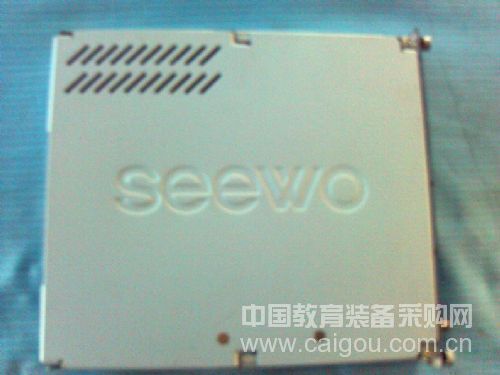