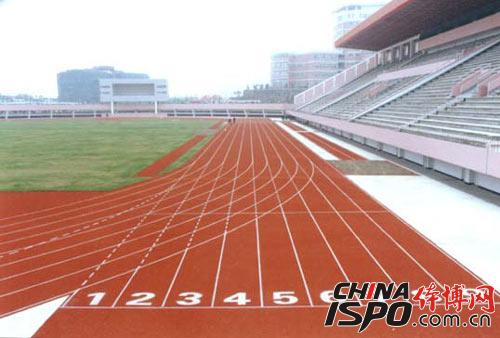 When the athlete's foot hits the ground, it will exert force on the ground. According to the principle of physical mechanics, the amount of force exerted by the ground on the athlete's feet is related to the material of the ground. Hard materials have good stress transmission and little loss of force, resulting in a large reaction force. Conversely, soft materials have poor ability to transmit stress, and some of the force is absorbed and the resulting reaction force is small. The process of acting on athletes during the sport is called "the production of power." It represents the degree of force absorbed by the ground material after impact, so it is also called "impact absorption".

Internationally, this kind of force is measured using the method of "person-to-person" simulation. Designed for special instruments, through a free drop of a certain weight (20kg Â± 0.1) on an anvil, the anvil through the spring to the ground contact with the bottom of the test bench, the test bench is composed of force sensors, the impact of the process can be the maximum strength value record it. The maximum value is compared with the measured data on a hard surface to calculate the percentage of the measured composite surface generated.

Concrete is a hard material and concrete is used as a reference. The force measured on the concrete surface is expressed as Fc, the force tested on the surface of other materials is expressed as Fs, and the percentage of force generated (impact absorption) is calculated as: KA(%)=(1-Fs/Fc)Ã—100

The IAAF stipulates that on a composite surface of normal thickness, a test shall be conducted every 1,000 square meters, the entire site shall be measured at least six times, and test points shall be specified. The measurement temperature is 10-40 Â°C, the standard is 35-50%.

2, the amount of vertical deformation

While the athlete's foot hits the ground, the material deforms. The part of the force that causes the material to deform is called the vertical deformation force, and the size of the deformation is called the vertical deformation amount. This force or quantity is too large, and the ground is not fixed. It will consume athlete energy and cause the performance to fall. On the other hand, if it is too small, it will cause injury and deceleration due to the impact on the ground. It can also be understood as follows: the deformation is too small, the reaction force of the ground to the athlete is large, and the work done to overcome the reaction force is also large. Part of the energy will be dissipated in counteracting the reaction, so the speed will be reduced.

The amount of vertical deformation was measured by a vertical deformation force tester. A weight of 20 kg was dropped onto the spring and the spring transferred the load to the force-measuring station that was in contact with the ground. The force-measuring station was equipped with a force sensor to record the increase in force during the impact. The deformation of the ground was measured by the average number of deformation ingestors in the left and right force plates. This device not only measures the characteristics and effects of a monolithic composite surface, but also detects the characteristics and effects of surface particles.

The IAAF stipulates that a test shall be conducted for every 1,000 square meters, the entire site shall be measured at least six times, and test points shall be specified. Temperature at 10-40 Â°C, the vertical deformation of the synthetic surface should be between 0.6mm-1.8mm.

Elongation at break refers to the ratio of the increase in the distance between the reticle to the initial gauge length when the specimen is broken under tensile force, expressed as a percentage. The IAAF requires that all field ground composite materials have a minimum elongation at break of 40%.